The History of America’s Favorite Car — the Chevrolet Corvette!

The Chevrolet Corvette entered onto the scene in 1953. The idea was to give traditional sport car companies, like Jaguar and MG a run for their money. The first Corvette was a sleek car decked out in white, red upholstery and black canvas roof. There wasn’t much in the way of options back then, but the car came with a radio and heater. 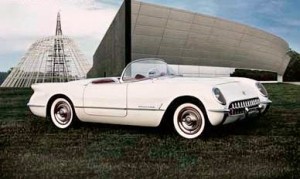 The car featured a Flame six cylinder engine. It had a reputation for reliability, but with a rating of 105 HP which made the car rather slow. There were several engine upgrades which eventually gave the car 150 bhp. This was achieved by incorporating side draft carburetors, new air cleaners and an alloy manifold.

1955 Corvette
The 1955 Corvette was fitted with a much improved ‘small block’ V8 engine. Production was reduced and only 700 cars were made this year. The focus was on high-performance and cost-efficiency, the small block Corvette is still known today as one of the best Corvette models made.

1956 Corvette
This year Chevrolet unveiled a new exciting body shape. The Corvette was fitted with outside door handles, optional hardtop and power windows. Exterior rim included chrome accents and side coves, which gave the car a sleek look. The engine was paired to a three-speed manual transmission; this gave the V8 engine 210 horsepower. The buying public loved the car and it made its first appearance at Daytona Speedweeks.

During the intervening years there were various design tweaks but the next new Corvette model did not appear until 1964. This was the year an entirely new body style that had a long, tapered front end. The car looked startling and was given the official nickname, ‘Sting Ray.’

1968 to 1982 Corvette C3
Sales had never been better the Corvette third generation was by far the most produced version of the vehicle with 540,000 manufactured. An important change occurred in 1970 with a more solid version of the old road block engine. The 1971 model had to be adapted to reach new stringent government emission controls. The car remained unchanged into 1977, with the exception of features like a luggage rack. 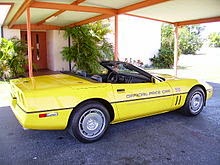 The 1984 model brought the flip up headlights and a new dashboard .The engine was a small block 350 V8 with a cross-fire fuel injection system that clocked out at 205 horsepower. 54.000 C4 Corvettes were sold although some criticized the car as having stiff steering. In 1987 Chevrolet introduced the Callaway twin-turbo option that produced 345 horsepower. However this was an optional extra. 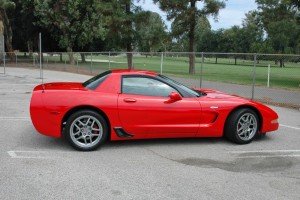 The Corvette C5 got a complete overhaul. A year on and the convertible returned again. Later a hardtop version was released to satisfy those who wanted the best of both worlds. 2003 heralded the 50th anniversary of the Corvette and there was an anniversary edition made in a deep red finish but the power unit remained the same as the previous model.

2005 to 2013 Corvette C6 (sixth generation)
Instead of starting with a new model for the C6 generation, GM decided to build on an already successful model. The Corvette that was unveiled in 2005 came with a similar style as the C5’s but with a leaner look. The new V8 engine produced 400 horsepower. This car was cheaper than the previous model.

2014 Corvette Stingray
With its sculpted athletic exterior and driver-oriented cockpit, the most groundbreaking Corvette yet is a beautiful weapon against the ordinary. Lightweight aluminum space frame replaces steel. 7-speed transmission with Active Rev matching and 5 distinct driver modes ready for anything. 460 horsepower, 465 lb.-ft torque and a sophisticated LT1 engine that propels the Stingray from 0 to 70 in 3.8 seconds. 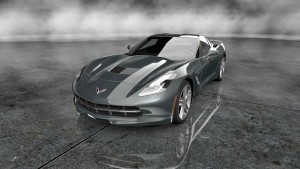 It is the quickest, most powerful, most capable standard Corvette ever made.

The Corvette has proven itself to be one of the most prestigious sports cars of all time. No doubt the name will be with us for years to come, and there will be several new generation models to whey the appetite.

0 comment(s) so far on The History of America’s Favorite Car — the Chevrolet Corvette!